Contact the company
Website
Share
Roche Bobois is a French company producing furniture of design and counting over 250 shops around the world. Roche Bobois sofas and armchairs, tables and chairs, beds and complements alike, are all original pieces, exclusively produced in Europe and with a high level of customization. Roche Bobois furniture pieces are made in collaboration with world famous designers like Ora Ito, Sacha Lakic, Christophe Delcourt, Stephen Burks and with outstanding fashion houses such as Jean Paul Gaultier, Missoni Home, Christian Lacroix Maison. Roche Bobois production encompasses two macro collections. Les Contemporaines, drawn by talents from the worlds of design and fashion, as well as by young artists, designers and architects. It draws from modern design trends, including unusual ideas, sophisticate materials and know-how. Les Nouveaux Classiques reinvents stylish pieces of furniture using noble woods, the finest leathers, the most exclusive fabrics thanks to the authors’ imagination and to the manufacturers’ mastery.

Today Roche Bobois disposes of a large offer to furnish with style both the living and the night zones of the house, but it also proposes furnishing solutions for the outdoor, accessories and complements. Each of Roche Bobois pieces of furniture has a unique character of its own. The company allows its customers to customize the products till the tiniest detail. Clients can choose among shapes, colors, leathers, woods, finishes, getting as a result a piece that becomes a pièce unique.
Roche Bobois furniture are exclusively produced in Europe with extreme care for the natural resources and the environment. Roche Bobois pays great attention to the sustainability of the materials used, the quality of the finishes, transport optimization, the separability of the materials employed and to the minimization of the CO2 levels produced. Sofas and furniture are normally a cause of environmental impact. This is the reason why Roche Bobois accurately studies the whole life cycle of its products from fabrication, to packaging, transport and use, until reaching the recycling of their components. With an aim to measure the environmental impact of a product throughout its entire life, in 2012 the ECO6 assessment tool for qualitative evaluation was developed. It founded its analysis on 6 parameters related to 6 different steps of a product life cycle. By performing an analysis of these 6 steps on over 150 products, the company has been able to understand how to reduce its environmental impact. In 2015, thanks to a collaboration with FCBA, this assessment tool went through an update and WECO6 transformed into ECO8, an evaluation system based on 4 steps of a product life cycle, each one analyzed in a crosscut way according to 2 criteria.

Birth and history of Roche Bobois

Roche Bobois company was born from the encounter between two families, the Roche and the Chouchan. In 1950 Jaques Roche inaugurated a furniture shop, mainly influenced by Bauhaus, in the ancient Alexandre Dumas theater, in Rue de Lyon in Paris. In parallel the Chouchan family were selling furniture in Boulevard Sébastopol “Au Beau Bois”, which further on became Bobois. In 1960, Philippe and Fran?ois Roche, from one side, and Jean-Claude Chouchan, from the other, took part in the Copenhagen exhibition and got the idea to import furniture with a Scandinavian design to Paris. They decided to put together their first shared catalog and set up a first national distribution network in the form of a franchising. In 1961 they launched their first national advertising campaign on the magazine Elle. Since the ‘60s Roche Bobois has been appearing as a single brand, reporting since the beginning extraordinary sales records.
In the ‘70s the company launched its sofas collections Les Contemporaines, followed in the decade after by Les Provinciales collection, inspired by the traditional French furniture. The ‘90s were the years when the Voyage collection was launched, embodying the fusion among multiple styles and the introduction of ethnic furniture. In 2000 Roche Bobois expanded its distribution network in the world by opening different shops in exclusive locations such as the ancient Lupari Palace in Bologna or the futuristic building in Montreal, and initiated various collaborations with designers and architects. In 2010, Roche Bobois celebrated its 50 years activity anniversary by starting a collaboration with the famous French stylist Jean Paul Gautier, which underlines the connection between fashion and furniture. Today, Roche Bobois, established protagonist of high-hand furniture, is represented in 50 countries with more than 250 shops spread around the world. ... More ... less

A collection of sofas, rugs and pillows designed by the Portuguese artist

The new creations of 2019 Fall-Winter collection 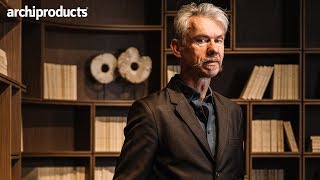 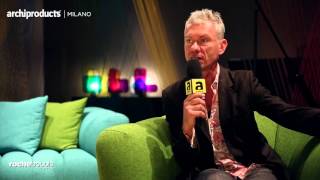 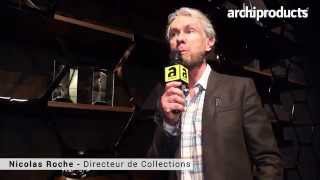 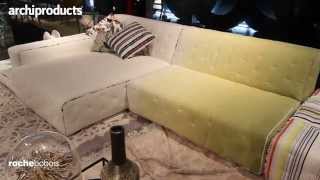 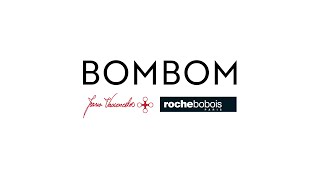 Subscribe to our newsletter!
Follow us on
© 2020 Archiproducts.com - P.IVA IT05611580720 - ROC 21492 | REA BA 429007
Privacy Cookies Terms and Conditions of Use RSS News RSS Products Site Map
This website uses technical, analytical and third-party cookies, in order to send you advertisements in line with your preferences. For further information about cookies read our Terms of Use. By closing this message, scrolling this page or clicking on any of its elements you are giving your consent to the use of cookies for the purpose described above.
欧美牲交a欧美牲交aⅴ无码